The growth and the spirit of the group

Toffac Ingranaggi was founded in Pontelongo (PD) in 1962. After several years of independent activity it entered into the Pozzi Group of companies in 1972, which gave it a new dynamic for growth and development, integrating its activity of gear and transmission components production to that of the Group's activities.

The plant has adhered to the spirit of the group and its new role thanks to the direct oversight of the family in the person of Luigi Pozzi.

Toffac Ingranaggi maintains, however, a certain independence, continuing to manage its customer portfolio successfully. In 1977, to satisfy increased production demands a new production facility and Head Office was establish in Piove di Sacco (Province of Padua). 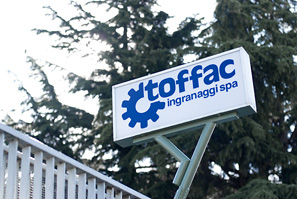